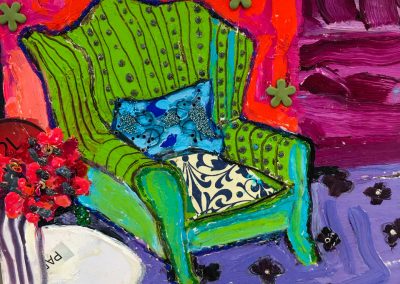 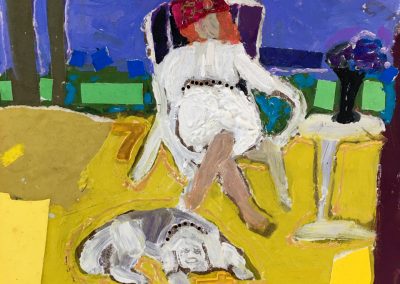 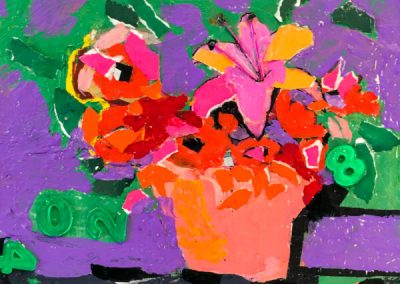 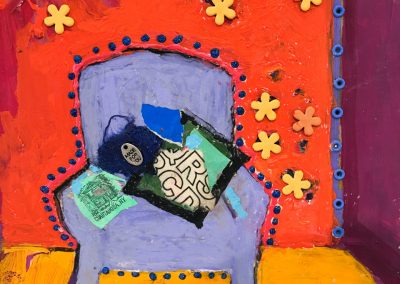 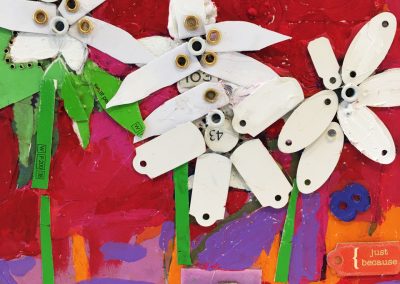 Paula began her art career as a medical illustrator. Her very detailed drawings include graphite drawings of antique lace have been featured in Victoria Magazine and museums.

She returned to oil painting with a new found freedom. Paula’s work became much looser and more about color and pattern. The slightly skewed perspective and flat planes of rich pigment remind the viewer of Henri Matisse, slightly playful and very spontaneous. Paula’s most recent works are a new direction for her. They involve a fusion of paper and paint. This technique gives dimension and texture to familiar subjects. Paula’s passion for flowers, color and her environment can be seen everywhere in her work. Both the Chagrin Falls, Ohio, and the Chautauqua, New York, studios provide stimulating surroundings for Paula’s work.
EDUCATION
BFA. Ohio State University, Medical Illustration